Why students choose to study in Ireland

Ireland is an island nation on the edge of Europe with a lot of personalities. Ireland is famed for its history, culture, and dynamic nightlife, particularly in Dublin and Cork, and is known as the Emerald Isle for its vibrant nightlife. Ireland is a popular tourist and foreign student destination due to its rocky coastline, undulating hills, and valleys, and low cost of living and study. The country is noted for its warm welcome and high level of energy.

In Ireland, people who are interested in nature, literature, or ancient history will flourish. The Irish are recognized for their friendliness, and many communities outside of Dublin work hard to preserve their rich legacy, allowing you to travel all over the world.

Ireland is home to some of the top universities in the world. Natural sciences, technology, economics, and the humanities are just a few of the areas where Irish universities thrive. In Ireland, there are over a dozen universities and institutes of technology where you can apply for higher education. Universities in Ireland have excellent research collaborations and relationships with universities all over the world. This allows you to create a true network for study in Ireland for indian students.

Getting a Bachelor’s or Master’s degree in Ireland is a terrific way to advance your career, but it is more expensive than in other European countries. Of course, a lot of factors will influence how much you pay in the end. Undergraduate and graduate tuition expenses in Ireland typically vary from €9,000 to €45,000 per year; European students studying in Ireland are entitled to free undergraduate tuition.

The cost of living varies by city, but housing, food, and other expenses should be budgeted between €7,000 and €12,000 per year.

The following are some of Ireland’s best universities:

There are many more Ireland universities with a variety of specializations for overseas students interested in pursuing higher education in Ireland.

Working in Ireland after graduation

Since joining the European Union three or four decades ago, Ireland has rapidly transitioned from Europe’s poorhouse to Europe’s economic giant. Ireland has benefited from structural reforms, which have attracted numerous multinational organizations, particularly technology firms, to establish European headquarters here. As a result, Ireland has a large number of employment openings for overseas graduate students, and students have a strong possibility of working while studying in Ireland and living in the country after graduation.

Your passport determines the cost of studying in Ireland. You can pay the same fees as Irish citizens if you live in the EU, EEA, Switzerland, or the United Kingdom. Fees range from €9900 ($11,670) to €34,000 ($41,000) depending on the course, degree of training, and duration of the program. Ireland is usually more economical for undergraduate students.

As Ireland becomes a more popular destination for international students and aims to attract more, the number of scholarships associated with higher education studies in Ireland nearly doubles every year. As a result, finding domestic and international scholarships is not difficult; there is something for everyone.

Even in Dublin, the cost of living is affordable, especially when compared to other Western European capitals. One of the reasons why so many students seeking adventure chose Ireland is because it is so manageable. The average monthly cost of living in Dublin is roughly €900 ($1060) without rent. Rent is not frequently included in the cost of living in Ireland. As a result, overseas students can study in Ireland at a lower cost than in other nations.

Ireland’s official languages are English and Irish. On the other hand, the English language is far more widely spoken. Outside of rural areas, few people speak Irish as their primary tongue. As a result, nearly all classes in higher education are taught fully in English. We are all familiar with Irish culture in some form, from clovers to line dancers to the color green, because Ireland has a thriving, world-renowned community in addition to being officially bilingual. Studying in Ireland allows you to gain a sense of the pulsating heart of the country. The country is also rich in history.

Whether you live in Ireland, the EU, the EEA, Switzerland, or the United Kingdom, the application process for Irish universities vary. It also depends on the research degree for which you are applying.

You must apply to the Central Applications Office if you are a citizen of Ireland, the European Union, the European Economic Area, Switzerland, or the United Kingdom, or if you are ordinarily resident in one of these countries. An internet platform is used to do this. This service handles all undergraduate applications to all Irish universities.

Non-Irish, EU, EEA, Swiss, or UK nationals face a little more difficulty in the process. Applications are frequently evaluated using the Irish Leaving Certificate Examination or the International Baccalaureate (IB). If you don’t have any of these credentials, you can use those from your native country to determine if they meet the requirements. If they don’t, you’ll have to sit the Irish Leaving Certificate Exam. Every university has its own set of eligibility requirements, which are determined by each university or college. If a student wishes to study medicine but is not from the United Kingdom or Ireland, he or she must take a second medical exam.

It is much easier and, in some cases, more information to apply for postgraduate studies, whether for a Master’s degree, a Ph.D., or postdoctoral research. You only need to contact the admissions office of the school where you wish to study. You’ll need your academic credentials, a motivation letter, evidence of identification and residency, and, most likely, your CV. The university will then make a decision on admissions. This usually takes a few weeks.

Applicants for postgraduate medical courses must complete an admission exam, which, unlike the graduate level, is required of both Irish and UK citizens.

To summarise, studying in Ireland can be quite beneficial to your career and can help you get off to a great start. Ireland has a high educational quality ranking and is one of the top education systems in the world, with the education that fits the needs of a global economy and knowledge transfer between institutions and overseas corporations. The culturally complex and dynamic cities of the country are smaller and easier to navigate than any other significant metropolis in the world. Ireland’s universities are among the world’s top 3%, and graduates from these institutions are sought after by businesses worldwide.

And, when it comes to the Irish economy, we can fairly declare that it is the world’s fastest expanding and sixth most competitive; the country’s worldwide ties make it entrepreneurial. As a result, it is reasonable to conclude that Ireland is and can be the most beneficial, economical, and convenient destination for international students seeking degrees from other countries. Studying in Ireland can benefit them in a variety of ways, taking into account all of the country’s facts and figures, and higher education in Ireland can be a lot of fun with a vibrant culture.

Transglobal Overseas Education is one of the best overseas education consultants in India. We have over 10 years of experience in education overseas consultancy services, English proficiency test preparation, and more services. After all the research and our experience, we provide all the information that you should know.

How to convince your parents to let you go study abroad?

Convincing parents for getting themselves enrolled in a foreign university to study abroad is not as straightforward as it may seem to you. First and foremost, your parents will not... 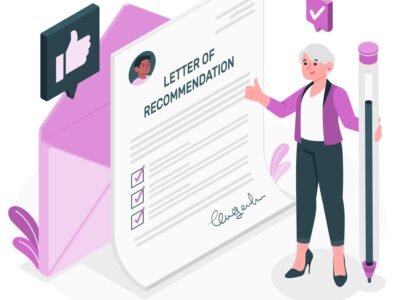 Importance of Letter of Recommendation (LOR) For Study Abroad

Your email address will not be published. Required fields are marked *